The Kitchen Is The Heart Of The Home 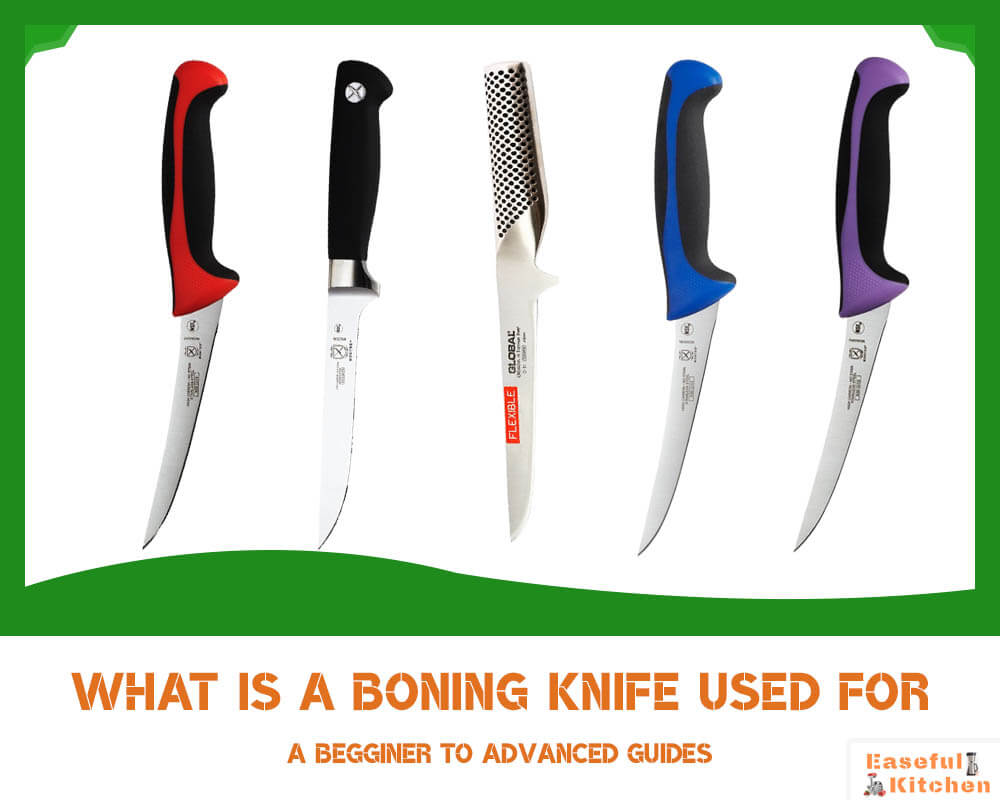 Knives come in all shapes and sizes. For those who are not familiar with what goes on in the kitchen of a restaurant, your food is prepared by chefs using a variety of tools. And for chefs, their knife set is like the rifle they bring to battle.

A boning knife is a part of a knife set and if you’re curious about what it does and what it’s all about then you’ve come to the right place, or should we say article. We’ve gathered a few interesting facts on what a boning knife is used for, and everything that comes in between. Let the chopping begin!

What is a Boning Knife?

It’s important to take note that a boning knife’s physical characteristics can vary from one model or brand to another. But generally, a boning knife usually has a narrow, long, and straight-edged blade that is non-serrated and measures about 5 to 7 inches long.

Also, a boning knife has a flat cutting edge that has a slight curve going up to the pointy end. Then it’s got a small guard or a bolster that’s employed to keep your hand back from its blade. Most boning knives are also quite semi-flexible with some models having a rigid design.

What is a Boning Knife Used For? (A Simplicity Guide)

Though the name says boning knife it’s no surprise that this versatile blade has so many uses. Let’s discuss a few of them.

Of course, the main use of a boning knife is to prepare meat. And as the name indicates you’d need this blade for you to debone all sorts of it fast and easy, given the fact that for untrained hands deboning can get a bit challenging.

It’s the boning knife’s flexibility that allows it to be maneuvered rather easily between tight places. And when you are working with meat, it is for sure that you’re going to have to work your way through a lot of tight spots.

The narrow tip should also allow you to easily break away some cartilage in the meat’s joints. That’s why the boning knife is the top choice to carve the Thanksgiving turkey or cutting that chicken down into your desired bits.

With the boning knife, you will easily separate your chicken breast from its carcass as well as cutting the drumstick and the thighs from the backbone of the bird. All of that without causing any splinters from the bones.

That’s why it’s also important that you keep your boning knife sharp and in tip-top shape. Cooking some fish? Don’t worry, the boning knife has got you covered. Preparing fish for your fish fillet will be a breeze should you have one handy.

And just to further amaze you with the versatility of a boning knife then go grab some fruit. The flexibility of this blade just enables it to do a lot of things. Honestly, we can’t imagine not having it at all.

Want to carve some fruit dishes with decorative design? The boning knife should be your go-to tool for the job. Small produce won’t be an issue as the small size of this blade would make it easier to handle.

Peeling the rinds and skin of the fruit is one of the most common applications for boning knives outside of carving meat. Melon slices, peeling your mangoes, and papaya or even remove the bark of your pineapple should be quite easy with the boning knife. And just like with meat, it won’t carve away the contents of your fruit.

For Baked Goods an Ultimate Uses:

Baked goods big and small, the boning knife may also assist you in carving them. And surprised, surprised, it’s again because of its size and flexibility that makes it a perfect tool to design and carve your way on to your cake.

Also, the boning knife is perfect for filling or coring your cupcakes. We bet that right now, you’ve already thought about why you don’t have a boning knife yet, right?

What are the Differences Between Boning Knife VS Fillet Knife?

First up, what is a fillet knife? A fillet knife is actually part of the boning knife family. There are subtle differences between the two and to be honest, you probably won’t need the other if you already have one of them. But for hardcore chefs or if you’re someone who appreciates the minor application differences then we also highly recommend that you have both.

How to Choose the Best Boning Knives?

These are the aspects that you should watch out for when you decide to buy a boning knife.

How to Take Good Care of Your Boning Knife?

Always make it a habit to clean and sharpen not just your boning knife but all of the blades on your knife set. And one must not forget to store them properly after each use to make them last longer. We don’t know about you, but knife sets aren’t cheap, right?

It’s not so hard to care for boning knife too. All you have to do is to wash it with warm soapy water after each use. Use a gentle brush or a soft cloth to remove any meat or debris that’s on it then wipe it with a clean and dry towel. Then be sure to store it in a drawer or a knife block to get it ready the next time you’d use it. 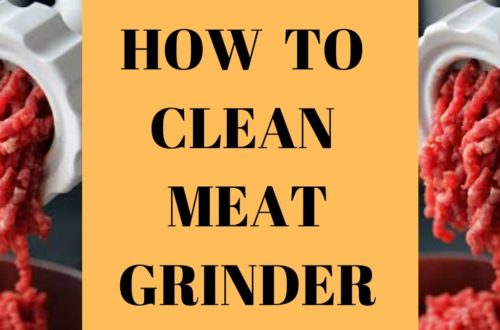 How To Clean Meat Grinder In 3 Easy Steps 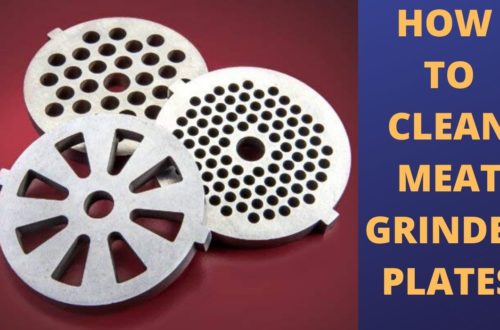 How to Clean Meat Grinder Plates? A Step By Step Guideline 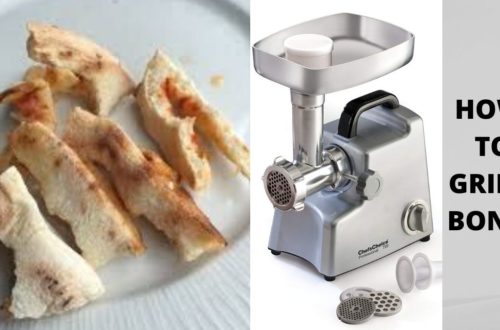